わたしとかかしの世界へようこそ
Welcome to the world of me and Scarecrows.

One day I got lost on a mountain road. Wandering around the road, I arrived in a very strange village in the end. The village was full of scarecrows.
It was a small village located in the end of a long mountain road, surrounded with mountains in a circle.
Only a few old folk houses were scattered alone, and fields stretched as if they had been filling the rest of its blanks.
A stream ran beside the village, and it had very clear water enough to let us see its bottom.
I found those scarecrows there, mingling in such a nostalgic Japanese landscape.

Upon taking a closer look, I found that they were standing in their two legs, just like the one in The Wizard of Oz!
Their heights and gestures looked the same as human beings, and they also had expressive faces.
As I walked around the village, I heard the scarecrows chatting here and there.

“The weather is so nice today.”
“Hey! Where are you heading?”
“Phew! Maybe it’s time for a break.”

It was as if I were into a fairy tale; Gradually I got excited to be in this world.
Later I found myself engaging in taking photos altogether. 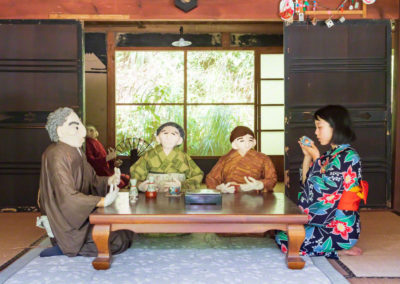 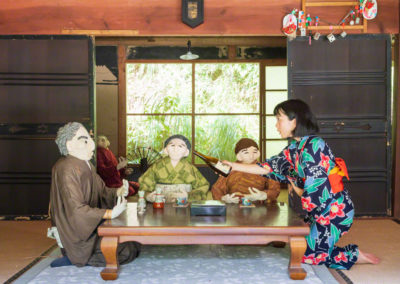 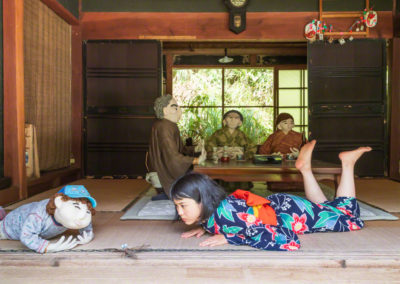 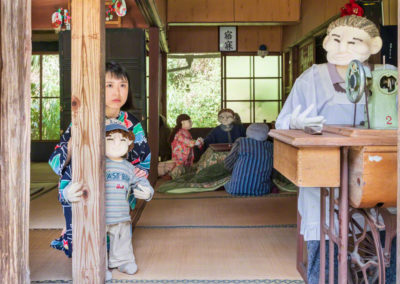 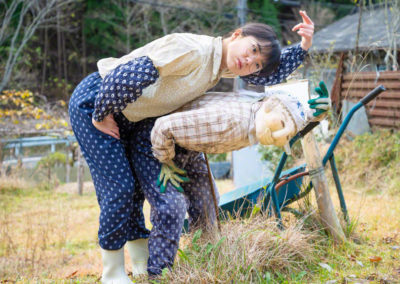 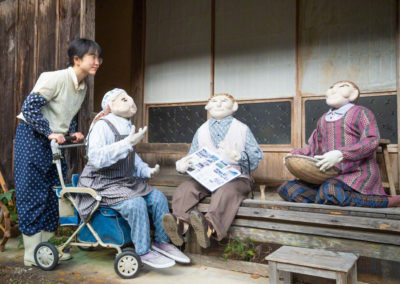 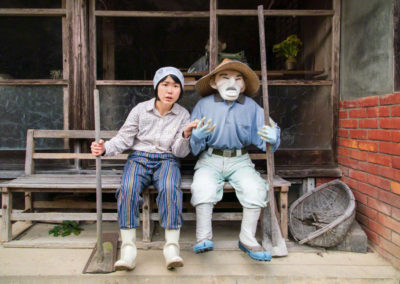 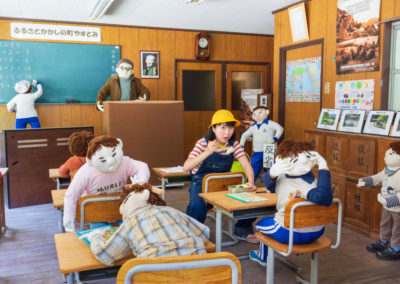 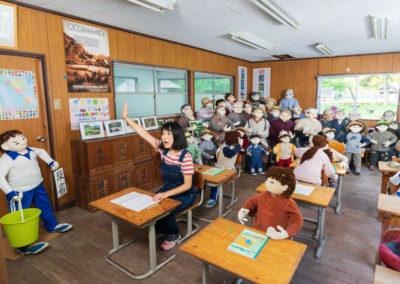 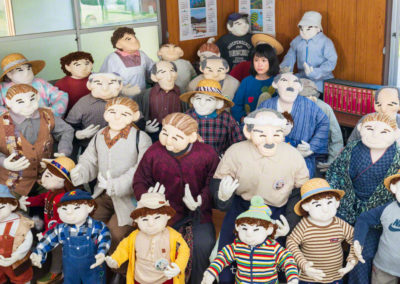 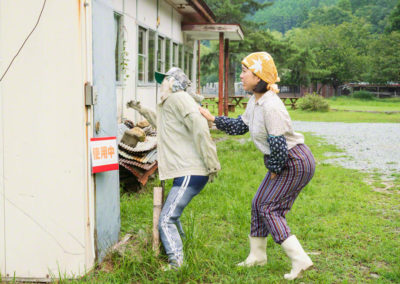 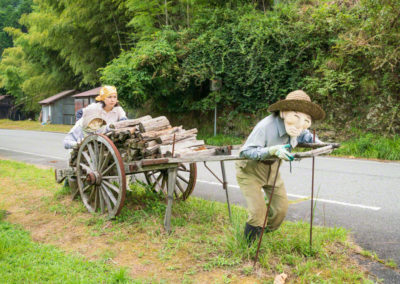 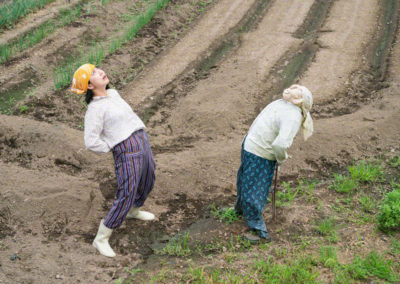 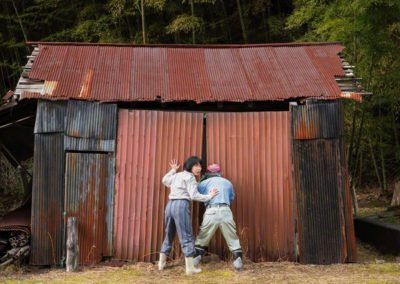 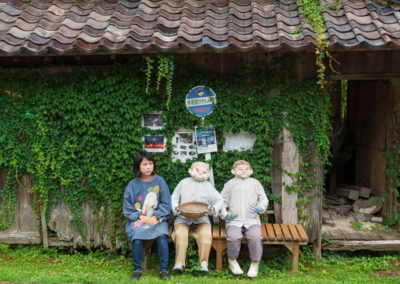 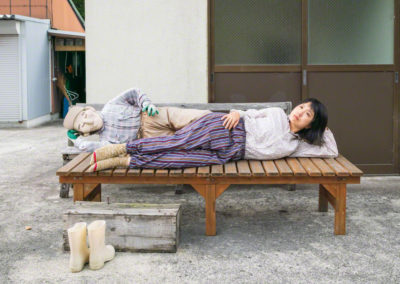 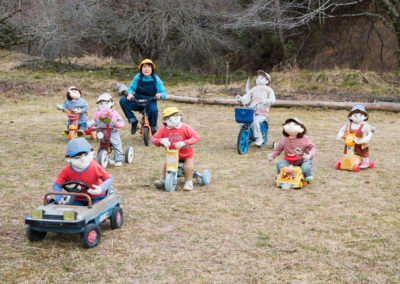 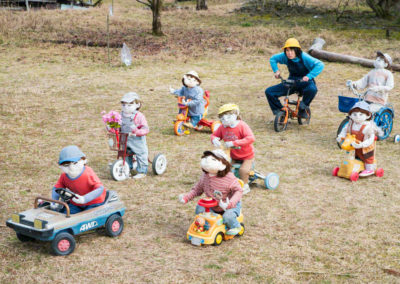 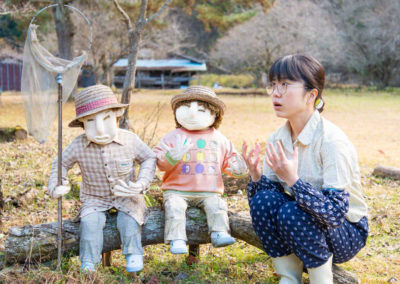 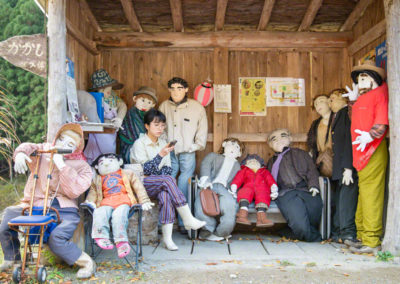 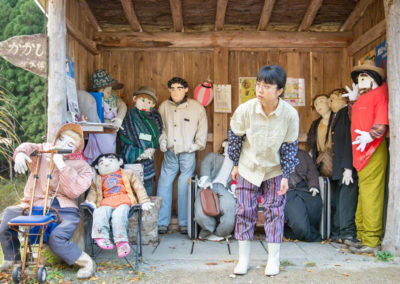 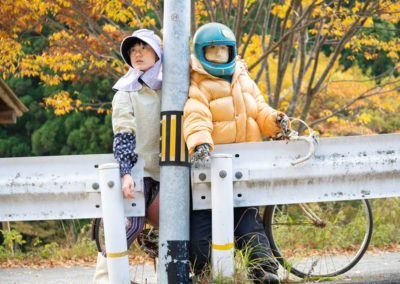 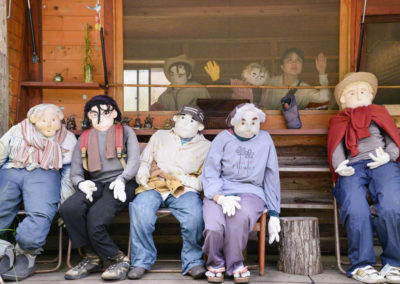 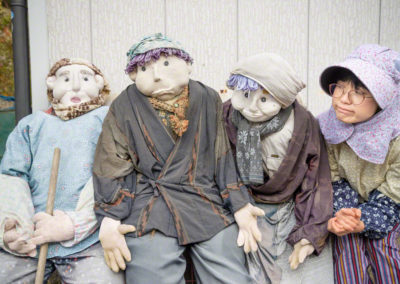 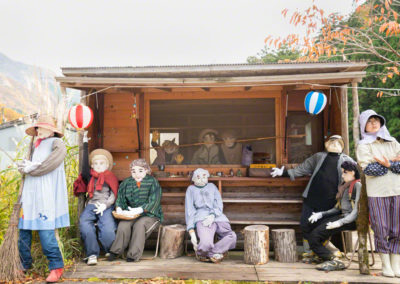 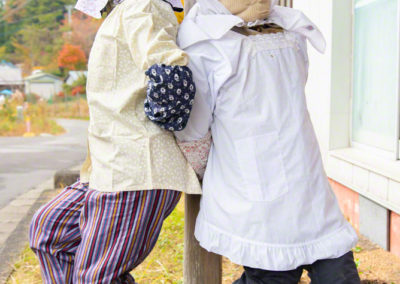 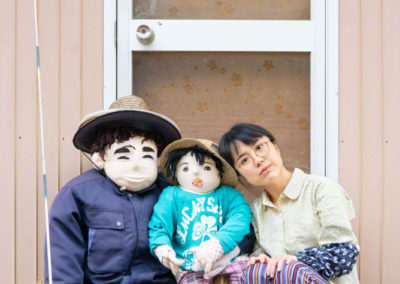 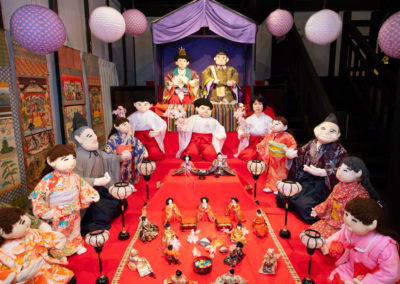 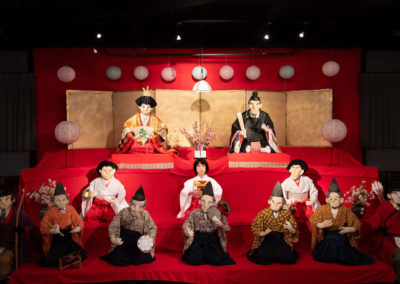 I met scarecrows for the first time in my life soon after I started photography.
Back then I suddenly lost my mother at the age of 18, and then my family and I lost our home in a foreclosure. I got fed up with my own life and quit my job as a prosthetist and an orthotist, although I originally got this job with great enthusiasm. I completely forgot how to smile and gradually lost my emotions, totally worn out body and soul. Then I got out of my hometown I was born and grew up, but I didn’t or couldn’t do anything. So I spent everyday agonizing about my future.
One day I got lost in a strange village deep in mountains, where I found way more scarecrows than villagers.

Those scarecrows literally “lived” in this village; Some of them were working in their fields, and some of them were chatting to their neighbors. At first I thought they were human beings; They stood and behaved just like us. It was until I directly talked to them that I noticed they were scarecrows. Upen taking a closer look, I thought their facial expressions were adorable. Many scarecrows scattered within such an idyllic and quiet village with few people or cars, Such a strange situation was irresistibly humorous to me, which melted my disturbed heart. Then suddenly I thought, “I wanna join them too!” So I started taking self-portraits of me and those scarecrows. That was the beginning of this “scarecrow village” series.

Gradually I started to think “What if those scarecrows were in my daily life?” I thought that would be fun, so I got eager to live with them. In spring 2017 I directly talked to the one scarecrow artisan in the village and asked him how to make scarecrows. Making one scarecrow was much harder than I had expected; I needed heavy physical work to make its framework, and very detailed work was required to create its face. His scarecrows were designed to stand on their own with their two legs, which were based on concepts of human anatomy I also knew as a former prosthetist and orthotist. Throughout such twists and turns, my scarecrow was built up little by little. Eventually I named this scarecrow “Chinatsu,” another way to read Chinese characters of my name “Chika (千夏).” I only have brothers in my family, so since I was small, I wanted a little sister like a twin. That was the beginning of the travel story with Chinatsu, also called “China-chan.”

Those scarecrows were made in order to put new lives into this desolate village caused by depopulation and aging. As I visited this village and interacted with its villagers over and over, I realized that such adorable smiles of the scarecrows also implied today’s social problems in Japan. Now that everything gets more convenient and there are more diversed styles of families, depopulation and aging might be irresistible. However, I also think those scarecrows visualize those problems and tell us that we do have the problems. Instead of just being pessimistic over those problems, we can switch our lenses to take the situation in a fun and positive way; We can think about how to spice up and enrich our everyday lives. Throughout this project, I got to know  the villagers’ enthisiasm for boosting development of this village using scarecrows. I also met and interacted with various people throughout my journey with China-chan. And these are what I felt throughout the process of this project.

This piece is an imaginary self-portrait of one woman who got enchanted by scarecrows.
I continue to work on this project hoping to touch a string in someone’s heart; I also hope that it will provide the sunshine to someone in darkness, just like I was saved by those scarecrows.
Hopefully you’ll also enjoy the world of me and scarecrows at least for a short period of time without thinking too deeply, just like we say “Que Sera, Sera.”